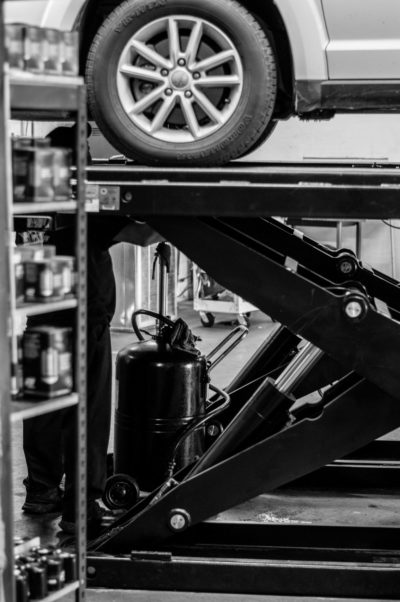 Since 1975, nearly every gasoline engine made and/or sold in the United States has a catalytic converter. If you’re not familiar with the term, it can sound a little overwhelming. Cat-what? So here’s the translation. Catalytic is the adjective form of catalyst. A catalyst is the chemical term for something that accelerates the rate of change. A converter, of course, changes one thing to another. Specifically, your auto’s catalytic converter quickly changes the toxic exhaust left over after combustion to less hazardous substances that are released into the air. Fortunately, this is not a component you’ll need to repair or replace very often, but if/when you do, count on the certified technicians at Titan Auto & Tire in Chesterfield, Virginia, for all your auto maintenance needs.

As the American population increased and people increasingly relied on cars to reach their destinations, our country developed a significant pollution problem. While all things mechanical or manufacturing played a part, the popularity of the automobile contributed significantly, particularly around large cities where smog collected. Therefore, the United States Environmental Protection Agency (EPA) enacted regulations to help control pollution.

The catalytic converter, invented by John Mooney, works by cleaning exhaust before it is released into the air. Instead of spewing out carbon monoxide, hydrocarbons, and nitrogen oxides, less toxic carbon dioxide, water, and Nitrogen are released. To accomplish this, the catalytic converter uses Platinum along with Palladium and Rhodium, all noble or precious metals that make this component expensive–and desirable to thieves who attempt to sell them for scrap metal.

As exhaust leaves the engine after combustion, the hot fumes pass through the catalytic converter along their journey through the pipe. The metals act on the exhaust to change its toxicity. The catalytic converter lasts a long time, rarely needing mechanical attention. Did you know that this is why you cannot use leaded gasoline (the old kind) in modern cars? Lead ruins the metal surfaces inside the converter, so these cars require unleaded gasoline. Even though this exhaust system component is durable, you may find yourself needing repair if it is damaged because of other problems such as defective spark plugs or oil, antifreeze, and other fluids entering the exhaust system.

Your Trusted Shop for Catalytic Converter Repair or Replacement

While your car’s catalytic converter won’t need attention very often, it’s important to address the issue if one arises. First, you need to ensure that your car is compliant and can pass inspection. Second, without proper replacement or repair, you could void aspects of your warranty. If you suspect an exhaust issue, entrust your repairs to Titan Auto & TIre in Chesterfield, Virginia.